Microsoft’s Xbox One and Sony’s PlayStation 4 are the two high-end gaming consoles on the market. A step below a gaming PC’s performance, but well above your average home computer. Not to mention smartphone. Both have larger game libraries than the Nintendo Switch. Their higher end hardware offers better graphics at HD and 4K. Their games tend to have richer storytelling. But are also more intimidating for new gamers.

They meet a balance of performance, game library, easy of use, and cost. That is what makes console gaming so popular.

Xbox One and PlayStation 4 for New Gamers

In term of accessibly for new gamers the Xbox and PlayStation are further down the list. They aren’t as technically demanding as a dedicated gaming PC. But their more popular games want more skill than more popular Nintendo or mobile games.

If you’re willing to deal with a learning curve the game play and stories are quite rewarding. But I would not recommend them as a big buy to someone wanting to try out video games. There are easier and cheaper options to start with. You can come back to these consoles once you’re willing to commit more time and money to the hobby. 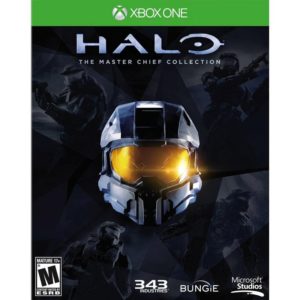 The Xbox One offers strong ties to PC gaming. Uses one of the most iconic controllers in gaming history. And can compete with the Nintendo Switch on price.

The best value of the options. It offers all the features of the line, at a competitive price. If you have a 1080p TV or will mostly play 1080p games you won’t miss out on much from the high-end model.

If money is no object then look at this higher-end Xbox One. It has improved internals. Most notably offering a true 4k video game experience. Provided you have a 4k TV or monitor to connect it to.

Xbox One S All Digital Edition

The cheapest option, but not a good value. You save up to $100. But it can’t play physical discs. Meaning you can’t take advantage of retail sales. It also removes a nice feature of the Xbox, a built-in Blu-ray player.

Xbox Game Pass is a subscription service giving you access to more than 100 video games. It works with Xbox, as well as Windows 10 (needs a gaming PC). You can have access to a larger library the same day you connect your Xbox at home. The downside being a particular game you want to play may not be available on the service.

It has a great introductory price, making it worth checking out its games list. It is $1 for the first month, then $5/month for now. Price may go up later.

Microsoft has stated that their own future games for the Xbox will continue to support the Xbox One. Even after the next generation Xbox has been released. Giving the Xbox One unprecedented future proofing for a gaming console. 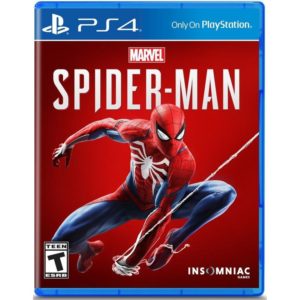 PlayStation 4 has the largest game library of all the current consoles. A feat previous versions of the PlayStation also boasted.

Replaced the original model. Offering the same specs in a smaller box.

Offers improved graphics, giving a true 4k experience. Provided you have a 4k TV or monitor to connect it to.

Both models offer the same game performance, outside of graphics. And both have a built-in Blu-ray player.

PlayStation Now is a subscription service giving you access to hundreds of PS2, PS3, and PS4 games. You can stream most of the games, requiring a strong Internet connection. This also works with your PC component. As a stream the average home computer can run the games.

Many other PS4 games can be downloaded to your console. Allowing play without as much dependence on Internet speed or latency issues.

It has a higher price at $60/year or $10/month. But again is offering games from three generations of PlayStation libraries.

As part of their COVID-19 response Sony announced their Play At Home initiative. They will be providing free games to PlayStation owners. As well as setup a fund to help smaller game studios deal with financial difficulties.

PlayStations are notorious for supporting many games from the previous generation. Increasing the size of the potential game library. We see this with the PlayStation 4, as well as the PlayStation Now service.

Any PS 4 games you may buy will likely work with the upcoming PlayStation 5. So should you buy now and upgrade later you can take your games along.

Xbox One vs PlayStation 4

You can Google Xbox One vs PlayStation 4 and find many, many write ups comparing the two systems. Each has their pros and cons. But at the end of the day each will allow you to play new, popular, and beautiful video games with little fuss.

Ultimately there are only two big things to consider before choosing.

Which has the most exclusive games you want to play?

What console do your friends have?

If you want to play with friends you want to use the same console they use. Some games offer cross-platform multiplayer. But Sony has traditionally been against it, while Microsoft has become more open. So you’ll get the best results running the same setup they do.

When you can visit your friends again you can also bring over your own controller.

Before COVID-19 both Microsoft and Sony had announced their “next generation” gaming consoles would be release for the 2020 holiday season. Since the worldwide pandemic both companies have stated their release plans have not changed. They expect to have enough supply of the new consoles in place.

Assuming this all stays true, that means the Xbox One and PS4 are near the end of their life cycle. Those consoles do not stop functioning upon release of newer models. Microsoft and Sony will maintain support for the older generation for some time. Microsoft has stated their own new Xbox games will continue to run on the Xbox One. Third party games will be hit or miss.

If you really want to play Xbox or PS games now, then consider buying the console now. Enjoy it and look at upgrading in the future as needed. Both have large game libraries that could take you years to go through.

If you have other video games to entertainment then it may be worth waiting. That would allow you to get the latest and greatest system when it is new. With guaranteed support for the hottest games of the holidays. Assuming the pandemic doesn’t disrupt the supply chain for either company. Causing a delay.